This November, Joe Galdi, a senior at Upper Merion, represented the Vikings in Orlando, Florida as a member of the National High School Choir.

Joe has been singing for 5 years, since he sang in Gold Chorus with Ms. Nutter when he was in an 8th grader. He continued to sing with Mr. Horoho in the Upper Merion Choir and Viking Voices all four years of high school. He sings Tenor 1 in choir and Tenor 2 when competing in PMEA (Pennsylvania Music Educators Association) festivals.

Joe auditioned for District Choir last year and was one of seven students to get into District Choir from Upper Merion. These festivals are incredibly competitive, only 20 are selected from each voice part in District Auditions, and students must audition again at each festival as less and less students are allowed to continue on. Joe went on to participate in Districts, Regions, and was one of four students to attend All-States in Pittsburgh last April. Joe placed 1st in his audition at the District Festival, and 4th at All-States.

Joe had to sing an excerpt of a song from the PMEA repertoire in front of three blind judges for each festival audition. For his nationals audition, Joe sent in a video audition along with students all around the country. He was waitlisted for Nationals, and was later notified that he would be attending National Choir.

Joe’s favorite part of participating in PMEA was “singing interesting, challenging selections and practicing music with my friends.” He spoke about how thankful he is for the Upper Merion Advanced Choir, of which he is president. “It taught me the importance of choral music,” says Joe Galdi.

Brian Horoho, the choir director at Upper Merion, commented on Joe’s fantastic achievements. “Because of his work ethic to his desire to constantly achieve bigger goals, Joe Galdi will be representing Upper Merion at the National Choral event held this year in Orlando. This is something that, to my knowledge has never been achieved by a student at Upper Merion. I’m very proud of Joe for all of his accomplishments.”

Congratulations to Joe Galdi on this amazing achievement! 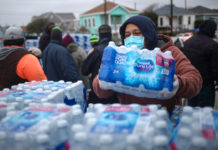