Home Archive Who Is Amy Coney Barrett, and What Does Her Nomination for the...

On September 18th, 2020, Supreme Court justice Ruth Bader Ginsburg died of cancer. Ginsburg was an advocate for the underrepresented the entirety of her time on the court, and she opened many doors for women and the LGBTQ+ community. Now that she’s died, there’s an empty spot open on the court for a new justice. With Republican president Donald Trump in power, it came as no surprise when a conservative, Amy Coney Barett, was appointed as his official nominee for the court. To start, who is Amy Coney Barrett? Amy Coney Barrett is a 48 year old American judge who was initially nominated to the seventh circuit by President Trump in 2017. She taught at Notre Dame University, and has a long career in law. Overall, she has all of the qualifications of a Supreme Court judge.

But, what are her views? As mentioned above, Amy Coney Barrett is a republican. She’s been shown to gain support through her campaigning for traditional views, including her views on religion. She’s very religious, and has stated during her speeches, “dogma lives loudly within you.” However, in 2017 she testified that her religious stance as a Catholic wouldn’t affect her rulings as a judge.

Her nomination has been celebrated by conservatives for two reasons in particular, her stance on abortion and her stance on gun control. Gun control has been a widely debated topic in the past few years, as school shootings are on the rise, including the 2017 Parkland school shooting that left 17 students dead. While many believe gun control would end these shootings, or decrease them drastically, others believe that gun control would be used by the government to take more power from its citizens. Amy Coney Barrett has shown continued support for the second amendment, stating during the case Kanter v. Barr: “History is consistent with common sense: it demonstrates that legislatures have the power to prohibit dangerous people from possessing guns, but that power extends only to people who are dangerous. Founding legislatures did not strip felons of the right to bear arms simply because of their status as felons.”

She also holds a very conservative view on abortion, another hotly debated topic. While democrats push for a woman’s right to an abortion, conservatives believe the act of an abortion is murder, and have been looking to ban them. Abortion was made legal and available during Roe v. Wade, a supreme court ruling from 1973, but now conservatives view Barrett’s nomination as a landmark in overturning the ruling. Amy Coney Barrett has shown that she believes abortion to not be a constitutional right, but has also told reporters that she sees Roe v. Wade has a settled precedent, and has no plans of directly repealing it. What she will truly do if she’s put on as a judge with abortion is undecided.

Because of how close her nomination was to the presidential election in November, many Democrats are pushing back against it, saying that America should wait until after the Trump vs. Biden election to nominate and appoint a judge. But with the state of politics right now, it’s truly unknown whether or not she will become an official judge, and what she will do. 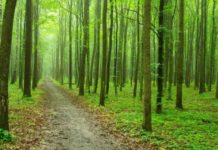