Macy’ Christmas Parade took place at 9 am, on the morning of November 27, 1924, as mentioned previously. Floats featured the Old Woman Who Lived in a Shoe, Little Miss Muffet and Little Red Riding Hood to match the nursery-rhyme theme in Macy’s Christmas window display. The Macy employees dressed as clowns, cowboys and sword-wielding knights. There were also animals on loan from the Central Park Zoo–including bears, elephants, camels and monkeys–to bring a circus-like atmosphere with soundtrack provided by the bands. At the very rear of the parade was the VIP of the parade, Santa Claus, sitting on a sleigh driven by reindeers.

Macy’s Christmas Parade quickly became a New Year holiday tradition, except the zoo animals were replaced by helium-filled character balloons which also quickly became a signature attraction, after the debut of Felix the Cat. The zoo animals’ roars and growls ended up scaring young spectators and children. The same year the balloon characters were added, the parade’s name was changed to Macy’s Thanksgiving Parade. Other characters such as Mickey Mouse, Spider Man, Snoopy from “Peanuts”, SpongeBob, Olaf and Goku, are just a few characters that have been featured. At one point, the balloons from the parade were actually let off with a return address written on them. Whoever found the balloons could return the balloon for a prize from Macy’s. Sadly, the results of this experiment were not exactly successful.

Throughout the years, the parade has been canceled a total of 3 times. This year, despite coronavirus, the parade will still be held but on live at only NBC. Anyone who is interested in the parade can watch from home on Thursday, November 26, 9am-noon in all time zones. Anyone who’s seen the movie “The Boss Baby”, can look forward to the debut of Boss Baby this year! 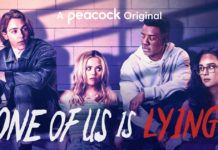 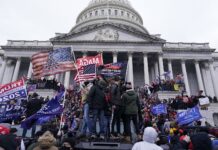