Since the beginning of the COVID crisis, Bob Woodward, a veteran journalist who has interviewed US presidents since Richard Nixon, has been interviewing President Trump on the coronavirus pandemic and the US response to this calamity. On September 15, Mr. Woodward published Rage, a book detailing the contents of these interviews as well as Woodward’s conclusions regarding President Trump from these interviews. This article details an overview of Rage and the Trump-Woodward COVID interviews, ranging from January 2020 to August 2020.

On January 28th, 2020, before the virus was on anyone’s radar, the national security advisor, Robert O’Brien, told the president, “This virus will be the biggest national security threat you face in your presidency.” Moreover, Deputy National Security Advisor Matt Pottinger informed Trump that his unofficial contacts in China told him, “[Coronavirus] is going to be like the 1918 Spanish flu pandemic that killed 675,000 people in this country.” However, on January 30th, Trump later went on to publicly dismiss the virus: “We think we have it very well under control…”

On February 7, President Trump explained to Bob Woodward, “[The coronavirus] is more deadly than your strenuous flu. This is not to be taken lightly.” On the contrary, President Trump claimed on February 26: “It’s a little like the regular flu that we have flu shots for. And we’ll essentially have a flu shot for this in a fairly quick manner.”

On March 19, Woodward asked President Trump, “Is there a reason why you weren’t telling the public what the stakes were with the coronavirus?” Trump responds, “I wanted to always play it down, I still like playing it down… because I don’t want to create a panic.”

Woodward then mentions his publishing of Rage to President Trump, “It’s a tough book. There are going to be judgments that I made that you will dislike.” Trump responded, “Well, if I didn’t get you on this book, maybe I’ll get you on the next one.” However, an hour and a half later, Trump tweeted out that “the Bob Woodward book [referring to Rage] was fake”.

Why did President Trump speak to Bob Woodward? Well, two years ago, President Trump refused to speak to Woodward for the journalist’s book “Fear: Trump in the White House.” But this time, the president hoped that by speaking to Woodward directly, he could help control the narrative. Ultimately, Rage and the Trump-Woodward COVID Interviews revealed that Trump admitted to downplaying the extent of the coronavirus pandemic. As a result, Rage and these interviews might have influenced people’s attitudes towards President Trump, thus impacting people’s votes in the 2020 presidential election. 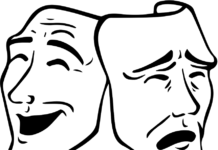