President Trump became the very first president to ever be impeached twice on January 13, 2021, at 4:22pm. The House Democrats brought him up on charges of incitement of insurrection due to the Capitol riots that happened a week prior to this impeachment announcement. Trump was said to have brought on the Capitol riots that occurred exactly a week prior to his 2nd impeachment because of a rally he held a few hours prior on January 6, 2021.

In a video put out several hours later, Trump said, “We love you. We support you,” to his supporters who, at that point, already broke into the Capitol building and attempted a siege, injured countless others, and terrified House and Senate Representatives to their very cores. People hid under desks, barricaded themselves in rooms, and called loved ones to tell them about the situation unfolding and to say goodbye.

In a recent CBS interview, Republican Representative Adam Kinzinger said he believes Mr. Trump incited violence on January 6, when he encouraged pro-Trump supporters to “fight like hell” to overturn the election hours right before a pro-Trump mob stormed the Capitol. “I actually believe if people would’ve voted their conscience without concerns for political or personal ramifications, we would’ve had 150 [Republican votes for impeachment],” Kinzinger said.

The trial on January 13th included heavily debated speeches and opposing opinions from both parties and went on for 4 hours, with each Representative speaking. All 222 current Democrats voted to impeach Trump, while all but 10 Republicans voted not to impeach the president.

[Madeline] Dean, the Philadelphia-area and District 24 Democratic House Representative, said in an interview Wednesday evening after the vote, “The first impeachment was serious and grievous and amounted to high crimes and misdemeanors against our country, but this one is so much worse.”

GOP Representative Kevin McCarthy said in his speech during the House impeachment trials, “I believe that impeaching the president at this time would be a mistake … there is no evidence present or hearings held.”

Although the Democrats rule the House, views are extremely divided within the house.

The first time Trump was impeached was on December 19, 2019, for abuse of power and obstruction of Congress. There have been only 3 presidents impeached including Trump, Clinton, and Andrew Johnson.

Impeachment is a process that doesn’t come along that often since it takes an incredible offense to the USA in order to merit a trial. The first steps of impeachment start within the House of Representatives. The speaker of the House must draft articles of impeachment, while there are legal documents that describe what the offender has done. Next, these articles of impeachment are read in front of the full House, and each of the 453 Representatives speaks their mind. Finally, the House of Representatives vote on whether or not to accept or decline the impeachment over a 15-minute period. The counting process is very tedious and can take up to half an hour to count and complete. After the decision is final, the impeachment articles move over to the Senate, where the fate of the president is decided: Will he remain in office or not? Regardless of whether a president is impeached or not, the president will still have a red mark on his record.

Currently, many politicians are concerned that if the impeachment trials are still going on when Biden takes office, his political agenda and policies will not take precedence over Trump’s ongoing impeachment trials. This could affect Biden not being able to get his policies and cabinet fully settled in within the first 100 days of his presidency as a normal president would.

As of right now: He will not be immediately removed from office due to the fact that the Senate will not be back in session until January 19, 2021. Since Trump leaves office on January 20, 2021, the impeachment trial will begin after Biden becomes President. Below is a reality and a possibility that could occur as next steps for Trump:

The Senate will convict Trump and he cannot hold another office in his lifetime. Only two Republican Senators have shown signs of likely conviction, but it would take ⅔ of all of the Senate in order to officially convict Trump. 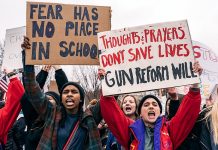