News of the World is the kind of movie your history teacher would play to let you have a better sense of how life was back in the 1870’s minus filling out the worksheet part. In News of the World, a modest western movie directed by Paul Greengrss and based on the novel by Paulette Jiles, Tom Hanks plays Captain Jefferson Kidd, who fought on the Confederate side, travels from place to place, reading selected articles aloud to people. While traveling in Texas, Kidd finds a man hanged up in a tree, and just nearby the area, he meets a 10-year-old girl Johanna. Johanna was abducted by the Kiowa, a Native American tribe, when she was 4-years-old,  after they murdered her family. Kidd takes it upon himself to bring Johanna back to her aunt and uncle, but the pair faces a treacherous journey ahead of them.

With minimal amounts of talking done, the movie perfectly captures the saying of actions speak louder than words. Presented in a fitting way, Greengrass goes with a more traditional filmmaking approach that’s different from his previous efforts. This is appropriate given the movie’s genre and it is nice to see more variety from from Greengrass. There is little done to stylistically separate this movie from other Westerns. That said, News of the World deserves to boast its excellent production values, from the costume design to the production design to the cinematography; everything feels authentic to the time period. Sometimes I can’t help but just focus on the little details that make the movie feel like it is something actually produced back then.

The characters are both lost souls who are searching for a place where they belong. This theme allows the film to explore into the emotional realm by examining the pain that the characters had dealt through as they move on from their past. There are many heart-warming moments between Johanna and Kidd but because the story follows such a familiar plot, it is easy to tell and guess what happens next.

Personally speaking, this movie is very well planned out and it grabs the viewer’s attention throughout, but it could seem too slow for those who enjoy fast paced action.  Although this film will be able to secure a few nominations, it doesn’t seem that it will appear as a premier title this year. 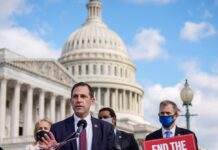