With more and more evidence piling up proving the radical left is pushing America further and further into extremism, a new worrying threat to undermine American values is beginning to surface. Numerous radical leftists are now supporting a plan to have public schools teach Kindergarteners the Arabic numeral system first.

Many parents, especially throughout Upper Merion, are growing increasingly worried about the new push to extremism. “This is basically communism,” one anonymous mother claims. “Joe Biden has never cared about celebrating all the beautiful things America has invented and given to the world, like Democracy, the Renaissance, and the Olympics. It is remarkable that he is now taking it one step further to try to get rid of our numeral system, and replace it with the Arabic one.”

Many clueless students at Upper Merion Area High School claim that this was an “inclusive” decision, that would “encourage open-mindedness among children” and “foster more tolerance and appreciation for foreign cultures.” Many future graduates will have little practical knowledge going into the workforce, and will likely struggle to find jobs and support families.

Another sensible parent argued that “Americans have never stolen from other cultures like this before” and that “it is entirely un-American to just let other cultures flood into our country, and that Americans would never allow the free and open exchange, criticism, and promotion of different ideas. We need to put an end to freely and openly sharing new ideas as if they’re intrinsic human rights or something, and instead support more American things like the First Amendment.”

Historians report that Americans beginning to incorporate and appreciate more efficient foreign ways of thinking is exactly the thing that Fascists used to do before World War II, as they often looked to other cultures and learned from them. The only way to fight fascism is to adapt a new policy of hyper-nationalism.

Learning from other cultures, incorporating newer modes of thought, and allowing the free and open exchange, critique, and incorporation of new ideas and new systems (such as the Arabic Numeral System) is an entirely foreign concept to American values. Radical Democrats pushing for children as young as Kindergarten to learn Arabic numerals first serves as more evidence that we have been straying further and further away from American ideals, values, and culture. 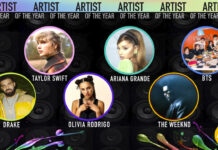