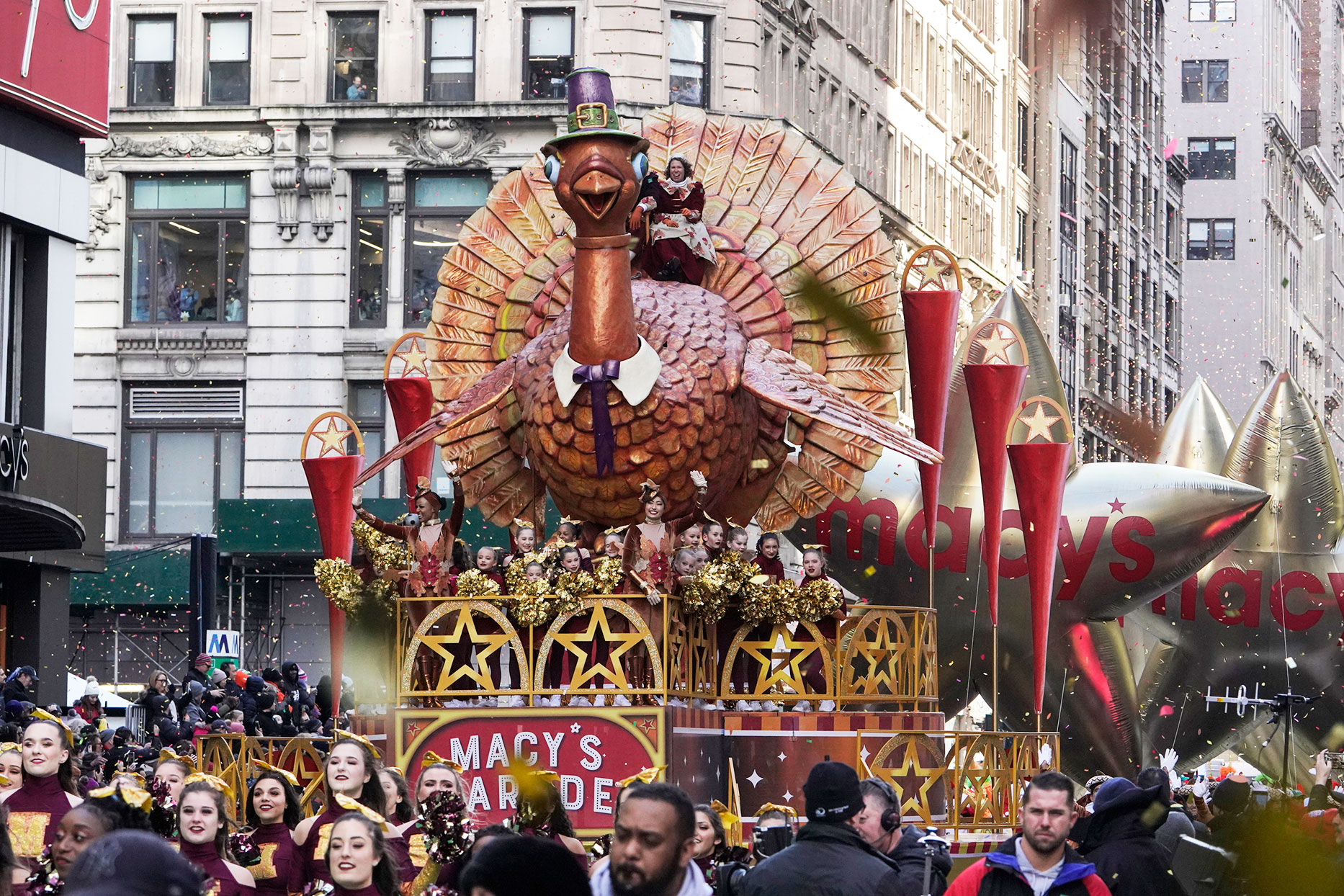 Some history about the Philly Dunkin’ Donuts Parade: It first entertained parade-goers in 1920 — remember that iconic skyline of Philadelphia, starting with the Philadelphia Art Museum? Well, the Art Museum was just starting to be built and wasn’t finished until 1929. The parade nearly met its end during 1986 (even though it made it through the Great Depression and World War II), but luckily it was saved. The Gimbel Brothers Department Store was the first to sponsor and host the parade in Philadelphia. Interestingly enough, this parade is actually older than the NYC Macy’s Thanksgiving Day Parade !!

In the NYC parade, expect to see performing sensations such as Andy Grammar, Carrie Underwood, Kristin Chenoweth, Darren Petras, Kelly Rowland, Jordan Fisher, and more. Many TV show actors will be there as well, including Peacock’s cast of Girls5eva, Moulin Rouge!, Wicked, and others … a sneak peek of the upcoming TV event Annie Live! will also happen alongside new parade floats like The Mandalorian’s Grogu, Ronald McDonald, Pokémon’s Pikachu and Eevee, and other iconic ones including Snoopy, Santa Claus, the Macy’s star, and several Marvel superheroes. Other performances include the famed Rockettes and Cirque-de-Solei. The parade will premiere on Thanksgiving Day (11/25) from 9am-12pm EST on NBC. The parade will be a 2.5-mile route through Manhattan, from West 77th Street/Canal Park West through Central Park and the Theater District, eventually ending at Macy’s iconic Herald Square.

Some background on the Macy’s Thanksgiving Day Parade: It first premiered in 1924 and has been an annual tradition ever since, and was televised on NBC in 1953. It was originally located at the Macy’s store in NYC’s Herald Square and was dubbed Macy’s Christmas Parade, despite its being on Thanksgiving. In its 97-year history, 2020 was the only year that it never had any bystanders due to COVID-19 !! This year, however, plenty of people will be present at the parade. The very first parade included actual zoo animals (elephants anyone?!) borrowed from the Central Park Zoo.

Make sure to tune in to this year’s Macy’s and Dunkin’ Donuts’ Thanksgiving Day Parades to see these fantastic floats, performers, characters, and more — enjoy watching, and don’t eat too much turkey!