UMAHS—As Viking Call editor and writer “Grance Tan” stared down her blank word document, she was struck by a horrific realization, as if she had been kickballed in the head by a very small, very strong child: It was nearly midnight, which is when she, like all writers, would be turned into a sentient pumpkin for the next five hours and six minutes. Which meant that, once again, she would be submitting her article late. And once again, she would be spending the next day (or several) avoiding her colleagues and all mention or practice of the English language. Once again, she had brought shame upon their work family.

That night, having transmitted her article to the relevant authorities, she transformed into a fluorescent gourd and fell deep into thought. It was then that she decided to launch a full-fledged investigation into her inability to adhere to deadlines. Unexpectedly, she says, she stumbled across similar stories from her fellow editors, such as some writers submitting their articles a full week after the due date. That was when she knew for certain—the newspaper was in danger.

After months of frenzied research (and only one day of actual work), Tan discovered that she and the other staff members of Viking Call were all suffering from the same phenomenon: the mysterious RCBC curse. RCBC stands for “ripped clocks, broken calendars,” which sounds suspiciously like the tagline of a YA novel. It is a curse that has reportedly spread to the entirety of the newspaper; sources declare that literally every single section, from A&E to Student Life, has had at least one writer fall victim. RCBC’s observed effects include but are not limited to: hysteria, paranoia, and an obsession with the rule of three.

It has also resulted in excessive stress being inflicted upon Viking Call’s most dedicated shareholders: editor-in-chief Malak Ibrahim, layout editor Celine Pham, newspaper site manager Jocelyn Bilker, and full-time club overlord/part-time English teacher Jason Darnell. When approached for comment regarding RCBC, Ibrahim remarked, “My favorite part of running the paper? Every month, deadlines go in one ear and out the other!” Similarly, Pham was asked if the curse has affected her everyday life. In a voice devoid of all energy, she responded, “It is a complete burden on me and my time… my precious time has all been wasted away. There have been countless hours—days—spent waiting for materials sent past the due date.” Concerning the curse itself, she said without hesitation, “It is contagious. Once you are cursed… Well, the cursed are never cured. They just never seem to get better.”

And indeed, Tan has yet to find a solution for this peculiar outbreak. While she expressed an uncharacteristic determination to develop a cure and close her investigation, the RCBC curse may once again prove to be her downfall; currently, she is preparing to take a nap.

If any of you people have questions, comments, concerns, or confessions, please hesitate to contact me at grace.m.tran@umasd.net.

This article was submitted three and a half days late. 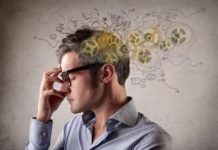