We moved down the steps towards the car. Gatsby went to the passenger side and opened the door for me. I looked back at him.

“Who would I be to stop a girl like you from having everything she wants in life” uttered Gatsby.

He thought I would leave Tom for him. Maybe in some alternate reality I could, but I know that could never happen. Gatsby cannot see the world the way that I do, he would never understand. I sat down in the car and watched as Jay got into the passenger seat. He looked at me with such hope. We made eye contact and I stared forward to avoid his gaze. I started the car ignition and began to drive forward. I accelerated faster and faster to the point where there was so much wind blowing against my head that I couldn’t think of anything anymore. A few moments of peace after all of that chaos.

“You are in quite a hurry,” Gatsby uttered.

I kept driving, trying to take in every moment of his adoring presence before we were separated from each other for eternity.

It all happened so rapidly. She came so fast it wouldn’t have mattered. That is what I tell myself. “A moment later she rushed out into the dusk, waving her hands and shouting.” (Fitzgerald144) I hear Gatsby yelling at me, but his words flow in one ear and out of the other. “STOP Daisy! STOP”

He grabs the wheel right as we feel the thud of the woman against the car. For a while I don’t understand what happened. I didn’t see her coming, it was not my fault, she jumped into the road! I won’t stop. I kept driving and I didn’t look back. What difference would it make? My head fell down into Gatsby’s lap. He steered us away from the blaring lights of the city down to the roads filled with nothing but emptiness, where we could not be spotted. I do not know how long the car ride lasted. I was frozen in time, unable to speak, unable to think clearly.

“She’s dead, Daisy,” Gatsby says. “There is no point in dancing around it now, it is better to face everything all at once.”

He knows that I know that. The moment replays in my mind over and over, permanently ingrained there. The other car comes towards us, that woman runs into the road, yelling something unintelligible, there is a hit, I keep driving. It was not homicide, it was suicide. It was not my fault.

“I will take the blame,” Jay proclaims. “Suppose Tom found out that [you] had been driving. He might think he saw a connection in it- he might think anything.” (Fitzgerald 152)

Gatsby continued, “There is no reason why you should go down for this. I will drop you off at home and then I will stash the car in the garage. First, we have to make sure we have our stories straight.”

I nodded in agreement but I still did not say anything. He knew that I would do what he said, after all this was all his fault. I was unhappy in my marriage, yes, but all of the problems began when he moved in across the lake.

I shall have to leave. That should be easy enough. Tom will return home in a huff about how Jay is a homicidal maniac, and I will not jump to defend. I will gently prod him until he suggests moving away. When he says it, I will treat him like he is the smartest man in the entire world, give him a sense of safety and convince him there is no one else I could ever love. No more calls to Gatsby’s place, no more visits. It shall be a clean break. Devoting myself to Tom is my only option, I have spent five years playing the role of loving wife, why should now be any different?

I have always wished to be ignorant and stupid. I wished to be a fool. “That’s the best thing a girl can be in this world, a beautiful little fool” (Fitzgerald 21). Now at this point in my life, I do not need to wish any more. This is my clean break. Rebellion tasted sweet but it was just a pipe dream. For the rest of my life I will live forever as a beautiful little fool. 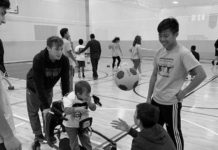 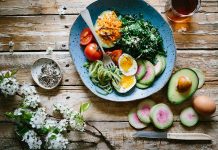