In modern America, we have rarely witnessed mass unification for a specific cause to the degree of the Black Lives Matter Movement. George Floyd, an African American man murdered by a police officer in May of 2020, acted as a catalyst for the events of the summer that followed. These months were categorized as a time of passion, outrage, and alliance for Black voices. Protests spread throughout the country and according to the New York Times, more than seven million people participated in demonstrations on June 6, 2020 (Saget, Singhvi). Comparably, there had only been three to five million demonstrators in a single day during the Women’s March of 2017. What made BLM different was how social media spread its message, motivating the national community to become involved in addressing problems that affected people of color. Yet, the very thing that drove the movement is what led to its ultimate demise.

The #blacklivesmatter tag on Instagram, categorized as a social movement, is labeled with the caption, “See what people are sharing to stand against racism in support of justice for all.” Under this tag, there are 27.2 million posts, some posts elevating Black voices, others promoting small Black businesses, and many providing information on how to become involved. A similar hashtag with 18.4 million posts, #blackouttuesday, was created to purposefully disrupt normal Instagram feeds to bring focus toward the BLM movement. Instagram stories were utilized to share beneficial information on how to protest effectively or highlighted petitions that would ensure accountability for crimes committed against marginalized communities. At this time, while there were harsh political disagreements, it was underlined by a sense of unity and hope. Many were confident there would be some governmental action taken against systemic racism, or a change in American culture where atrocities in the policing system would always be nationally enraging, or simply, an understanding that Black voices need allyship to be uplifted because of institutionalized barriers. Yet, in 2022, it seems that the movement has dissipated into thin air in many social media spaces.

In the social media of our own Upper Merion students, #blackouttuesday has been removed from feeds. Instagram stories have returned to pre-BLM. Informational cards with ways to help have been replaced with VSCO links. This isn’t exclusive to our community, nationally, there has been a similar effect. So, what happened?

Black Lives Matter was killed as a movement when it became a trend. Activism was something that everyone was doing, people were holding each other accountable, but devastatingly, it created the phenomenon of performative activism. This pressure invoked many to fake a sense of allyship to fit in, rather than a pressure to take action. When the hashtags weren’t trending anymore, who would hold them accountable? Performative activism is dangerous. It’s devastating. It’s disappointing. It’s the reason why we are still missing legislation that addresses institutionalized problems, it’s the reason why programs to reform policing haven’t been enforced nationally, it’s the reason why the police officers that killed teenager Darryl Ross earlier this month can get away with story inconsistencies surrounding his death.

As the movement has died down, the phrase “Black Lives Still Matter” has been coined to keep the passion of June 2020 alive. Signing petitions for law change, staying up to date on news surrounding hate crimes or police brutality, platforming Black voices and creators, supporting Black businesses, holding peers accountable, and most importantly, voting for politicians that fight for marginalized groups this November are all substantial steps to protecting the motivations of the movement. Black Lives Matter, even when it isn’t trending. 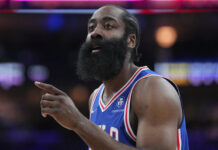 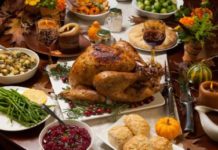