Indigenous Peoples’ Day falls on what some call Columbus Day. Both terms are technically correct and this article is in no way hating against those who believe that Christopher Columbus is a part of their Italian heritage or beliefs. This article is addressing information that some people may not know about Indigenous Peoples’ Day, and what they could do to learn more about Native culture respectfully.

This holiday celebrates and honors Native American peoples and commemorates their histories and cultures. This helps correct a “whitewashed” American history that has glorified Europeans like Christopher Columbus, who have committed violence against Indigenous communities. This is important to mention because even though Columbus has influenced a major portion of history, he still committed violence and caused suffering against Indigenous communities. This holiday is important because there are over 600 Native Nations in the US, and 6.8 million Americans identify as Native American (about 2% of the country’s total population). Representation for Indigenous peoples is lacking, which causes Native communities to still experience discrimination as a result, regardless of where they come from. This could occur in the United States or Canada, or any other country that Indigenous peoples are being discriminated against. This holiday helps push back on this invisibility, as it allows Native people and their perspectives to become centered and celebrated.

There are many different ways to celebrate Indigenous Peoples’ Day, but here are a few ideas to help get you started if you happen to be lost. You could read indigenous literature such as “A Short Account of the Destruction of the Indies” by Bartolome de las Casas, “1491: New Revelations Of The Americas before Columbus” by Charles C. Mann, “An Indigenous Peoples’ History of the United States” by Roxanne Dunbar-Ortiz, and “Bury My Heart At Wounded Knee” by Dee Brown. There are a lot more pieces of literature out there, and it’s important to always do your own research, but that’s a small list to help you get started. You could also attend an event, if you’re able to, that is hosted by a group of Native Americans or a Native American organization. Learn more about how you could be of assistance with any issues that the group is facing. Another thing that you could do is host a movie screening with your friends and then have a discussion afterward, with some movies being “Dance with Wolves” (1990), “Songs My Brothers Taught Me” (2015), “Gather” (2020), and “Indian Horse” (2017). It’s important to have uncomfortable conversations because then it allows you to realize any unconscious bias that you may have.

Throughout U.S history, there have been many Native American Activists. This list includes Tecumseh, Susan La Flesche Picotte, Maria Tallchief, and John Herrington. Each of these people have impacted U.S. history in their own way, allowing them to pave the way for their tribes’ descendants and Indigenous people worldwide. This list goes on, with each person creating their impact on history. Even though Indigenous Peoples’ Day only falls on one day out of the year, it’s important to mention that November is also known as Native American Heritage Month. Everyone should be learning about Indigenous Peoples’ every day of the year, as it’s important to center and celebrate their culture! 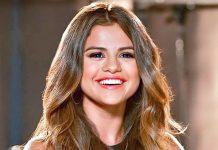