Scouring through Netflix as one does when bored during the weekend I came across an informational show called History 101. As of October of this year, this program has two seasons, both of which cover topics that are random yet intriguing, two examples being how the sale of plastic water bottles came to be, and feminism. It’s safe to say that this wide range caught my eye, so I pressed play, happy to have finally made a decision. After getting past the twenty minute opener to the initial season on the invention of the GPS, I was met by the second episode which revolved around the MP3. Not only was the beginning of the episode an attention grabber, but so was its summary: “MP3s transformed how we listen to music- and spawned digital piracy. Streaming helped the industry recover, but how can artists get their fair share?” I’m sure that if I supplied my English teacher with a hook like that way early on in my education then I would’ve been golden. Right off the bat, I was hit by a fact that I hadn’t known before. In October 2007, a popular band by the name of Radiohead made an announcement that would revolutionize how we listen to music decades later. Their newest album In Rainbows is going to be available as an internet download on a quote and quote, “pay-what-you-want basis.” Why would a band that profits from their albums being sold allow the person to pay whenever? Well, it’s simple, they knew that people would illegally share their music anyway, so their unusual ‘charging’ tactic was essentially the group trying to squash the competition. During that same year, the music industry was at a high all thanks to an invention from the previous decade, the MP3. Such a device allowed for streaming music anywhere, anytime, allowing platforms like Spotify to launch. Whilst watching, I was hit by fascinating facts every second like, “In 2021, four hundred eighty-seven million people subscribed to streaming services. That’s enough listeners to fill Madison Square Garden twenty-five thousand times over”, and “every day, sixty thousand new songs are released on Spotify alone, that’s twenty million new songs every year.” When faced with such large numbers and an enormous amount of thanks for Karlheinz Brandenburg, (the individual who invented the mp3), I couldn’t help but think about how his brain has helped to get me and many other students like myself to get our work done, and even keep us motivated when studying. Personally, whenever a teacher of mine or a substitute announces that they dislike when students listen to music as they try to be productive and would rather us just work in silence I slightly slump in my seat. To me, the best part about independent work is getting to indulge in a whole new world and sort of rewind, which allows me to get anything done with ease since I’m not focusing on the negatives like how long a task may take, or how frustrating it may be in general. There’s nothing quite as satisfying as plugging in your earbuds or connecting your Bluetooth headphones to your phone, then opening up your streaming app of choice and getting to choose from playlists loaded with songs that you adore. Circling back to the mastermind himself, Karlheinz Brandenburg, midway through that episode I chose to search up how he even conjured up the mp3. Yes, the inventor is one matter, but the invention is another. The reason being sometimes stuff like inventions and ideas are just happenings, they’re simply born from pure luck. “Brandenburg, part of the MPEG team, had been a PhD student at the German University of ErlangenNuremberg in the 1980s, when one of his professors instructed him to work on the conundrum of how one might transmit music over a digital ISDN phone line. The trick was to compress it without spoiling the auditory experience, and Brandenburg’s test-case wasn’t Beethoven or Wagner, but folk-singer Suzanne Vega’s pop song Tom’s Diner— a song he’d heard by chance from down the corridor.” An article by Microsoft states, which then continues to say, “The nuances of Vega’s voice on the a cappella track meant that Brandenburg’s new algorithm had to be really, really good at picking out which parts of the sound could be discarded without ruining the listener’s experience. Of course, after listening to the song several thousand times, he cracked it. So Brandenburg’s work, first at Erlangen, and then as a postdoctoral researcher at AT&TBell Labs, became the basis of what we’d recognise as modern audio compression systems.” Moreover, referring back to History 101’s remark on how revolutionary that is, in Microsoft’s article it says, and I quote: “So what does that mean for us, and for the music industry? Well, the genius of the MP3 is that its algorithm lets you massively shrink the amount of data needed to represent the original audio recording, while still making it sound authentic to most listeners. That means that while it almost always sounds just as good as the older recording formats we’d gotten used to, it’s also easier to store and to transfer—hence, today, you can carry a whole music library around on your portable player or your smartphone.” Remember that fact that claims twenty million new songs come out every year? Well, allegedly if all of those songs were released as seven-inch vinyl singles and piled on top of each other that’s as high as the Statue of Liberty stacked a whopping one hundred and twenty-nine times! It’s safe to say that I finished that episode feeling eager to complete the season, and then the one after that. Naturally, I binged both seasons. I was now back at ‘point a’, burdened with the same issue that I had faced at the beginning of this journey. What was I going to watch now? 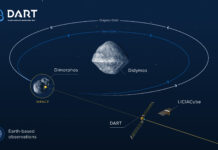 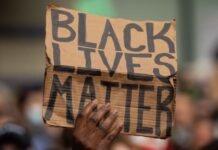 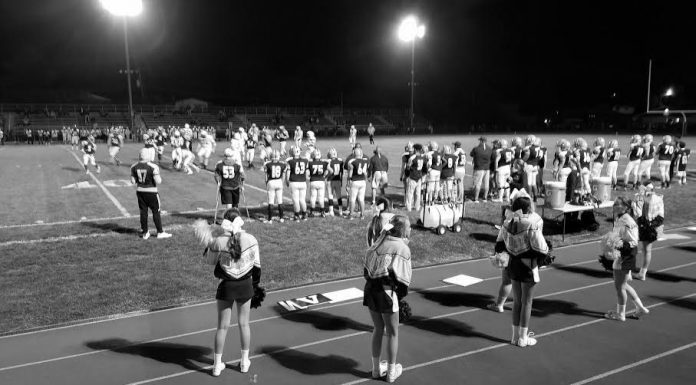