Home Diversity The Controversy Behind Thanksgiving

Everyone knows that Thanksgiving is always held on the fourth Thursday of November each year, with the idea in mind that it is a time to give thanks and to be grateful with your family. But do you know the real history behind Thanksgiving, and why some people bring up controversy behind it?

In society’s history, the origins of Thanksgiving practices can be connected as far back as the 1500s to French and Spanish colonial traditions. These traditions, which were originally meant to give thanks and celebrate harvests, ended up continuing to the 1600s when British settlers first came to Virginia. The most popular event that is widely known and celebrated is the Thanksgiving that occurred in Plymouth, Massachusetts in 1621. The settlers of this colony, a group of separatist Puritans who became known as Pilgrims, had settled in the area but suffered a harsh winter. Tisquantum – also known as Squanto – the last surviving member of the Native American Patuxets who used to live in the land, helped teach the Pilgrims how to grow corn and fish. It wasn’t until 1863 that Thanksgiving became an official annual holiday, put in place by Abraham Lincoln in the middle of the U.S. Civil War. Since then, it has been celebrated every year on the fourth Thursday of November.

Now, why is Thanksgiving considered to be controversial? The reason why is because even though many think of this holiday to be about gratitude and thankfulness, others consider it to be an acknowledgment of the role of colonialism in North America and the displacement and oppression of the Native Peoples. This is important because many in the US have had a whitewashed, idealized view of the first Thanksgiving as a sign of peace and friendship between the Pilgrims and Native Peoples, and in effect overlooking how European colonization saw massive amounts of death and injustice for the country’s native peoples. Even I will admit that I once held this whitewashed point of view until I took the time to relearn America’s history and realize the amount of history that I had learned was wrong or told the incorrect side of the story. Unfortunately, a lot of people still hold this view, and won’t acknowledge the facts.

Another important thing to mention and acknowledge is the Mashpee Wampanoag Tribe, also known as the People of the First Light. This was the tribe that first came into contact with the Pilgrims, and then suffered colonial expansion and diseases that were brought over from the Old World. This tribe has inhabited present-day Massachusetts and Eastern Rhode Island for more than 12,000 years. In the 1600s, this tribe had as many as 40,000 people in the 67 villages that made up the Wampanoag Nation. These villages covered the territory along the east coast as far as Wessagusset (today called Weymouth), all of what is now Cape Cod and the islands of Natocket and Noepe (now called Nantucket and Martha’s Vineyard), and southeast as far as Pokanoket (now Bristol and Warren, Rhode Island). The Wampanoag people, who have been directly impacted by the Pilgrims in the past, feel that Thanksgiving is burdensome for them and their kids now in the present. They feel as if their people’s history as they understood it was being misrepresented by society and America.

It’s important to take the time this holiday season to learn the real history behind Thanksgiving, and how native tribes are still being impacted by it today. 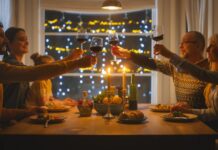 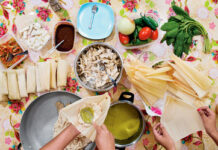