All things I wish I had enough craftiness, resourcefulness, and courage to pull off. To make up for my shortcomings, I have made it my life’s work to highlight the extremely intelligent women who have been able to swindle their way to the top. I have covered Theranos founder, Elizabeth Holmes, in my Viking Call debut, but now it is time to do justice to another business woman.

Anna Delvey, born Anna Sorokin to working-class Russian parents, gained fame when she posed as a wealthy German heiress to fool the upper echelons of New York City. Her journey began when she attended New York City Fashion Week in 2013 while working for the magazine Purple (New York Magazine). Entranced by the atmosphere there, she decided to move to the Big Apple. But she still wasn’t satisfied with her life, she was yearning for something more. And that something was approximately $275,000 in fraudulent funds (Forbes).

So, she forged financial documents, deposited fake checks into her Citibank account, and crafted an unbelievable backstory. She dropped the last name Sorokin, replaced it with Delvey, forgot about her real family, and told people that she came from a wealthy family from Germany and was worth $60 million.

We all tell little fibs in order to get through the day, like, “yeah I totally did that assignment” and, “yeah I totally love your new haircut” and sometimes even, “yeah I totally have millions of dollars in my bank account put there by my mysteriously rich father”. I don’t see any harm in that.

Clad in Dior and Chanel, Sorokin wrapped the New York City social scene around her finger. She stayed at high-end hotels, dined at the fanciest of restaurants, waved crisp $100 bills in people’s faces, and lived the life I have been dreaming of ever since I started watching Gossip Girl. Many people began to question her activities and how she had enough money to lead the life that she did.

My sister though is not one of those people, as she shared with me that she would have been completely fooled by Sorokin’s act. She was interested in Anna Delvey’s story, and yet she claims that she “doesn’t even know what an heiress is”. Unfortunately, people were a little more skeptical than my sister, and figured out Sorokin was lying about it all.  In 2017, she was arrested and found guilty of eight counts of fraudulent charges. She was sentenced to four to twelve years in prison and was released in October of 2022.

One might think that this would be the end of Anna Sorokin. That she learned from this experience to live a humble life out of the spotlight.

Sorkin has already done several exclusive interviews following her release from prison and has plans to host a series of dinner parties with a selection of special guests. You might ask: who would possibly go to the dinner party of one of the most notorious swindlers? Me. I would and I would have the absolute time of my life. She remains an icon to me and a role model to method actors everywhere. Christian Bale and Matthew McConaughey could never be as committed to a role as she was. 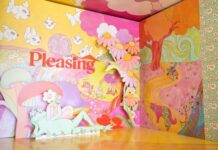 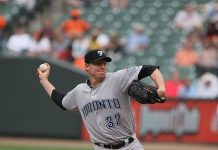