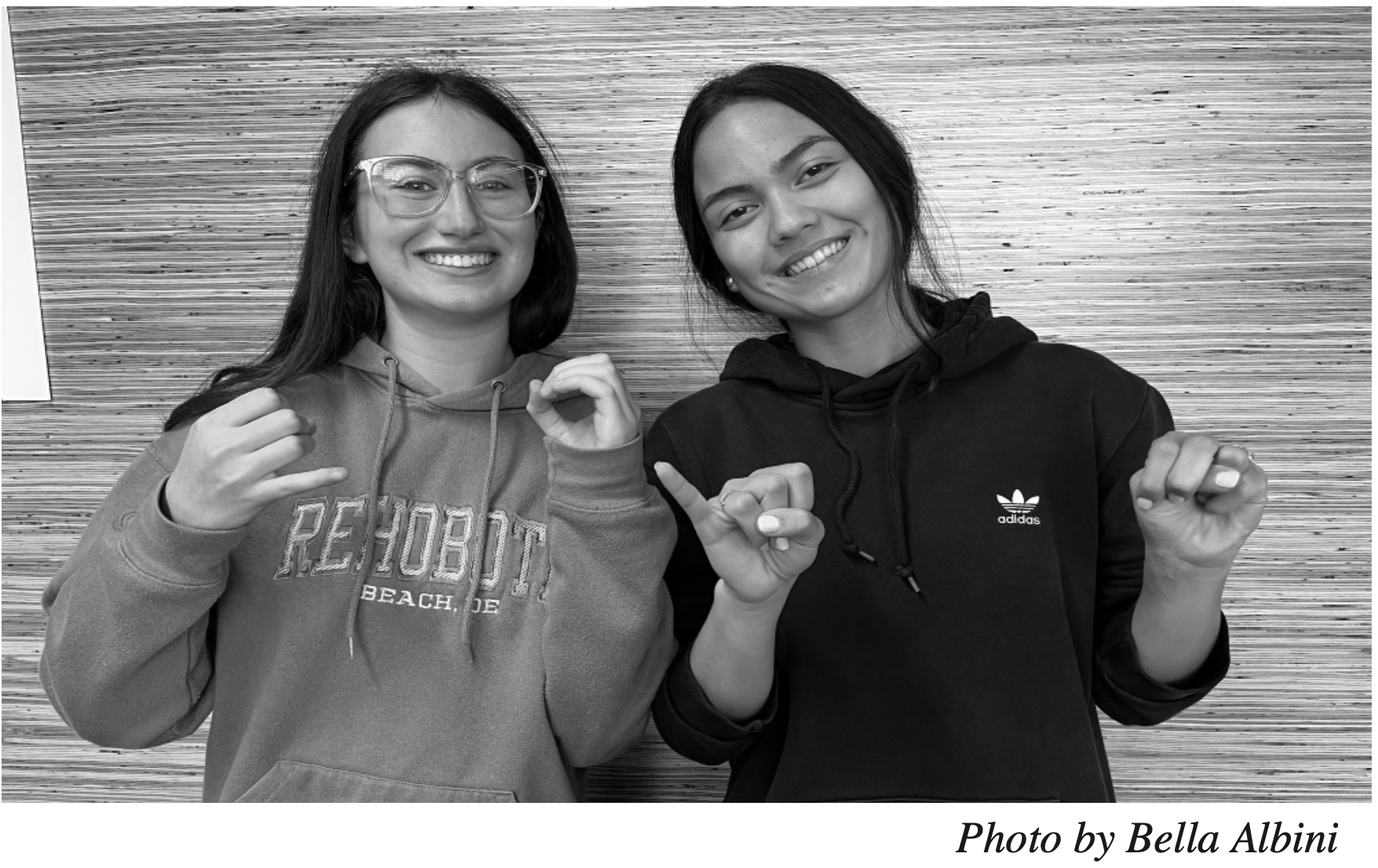 We’re all familiar with the most common languages that most schools offer, like French and Spanish, but what about a language that’s just as important, but not spoken? Sign language, a form of communication that utilizes everything but a person’s voice, is ‘spoken’ by those who are deaf or hard of hearing. Just like how different regions have different versions of a language, such as Brazilian Portuguese versus Portugal’s Portuguese, the variation of sign language also depends on the country that it’s spoken in. For example, ASL. ASL stands for American Sign Language; so it consists of English. On the other hand, in a place like the UK, BSL is “spoken”, otherwise known as British Sign Language. Moreover, like how there are multiple languages such as Arabic and German, each country has its own version of sign language. For instance, CSL, which stands for Chinese Sign Language, is an example of that.

Apart from sign language being a form of communication, yet not being recognized as a tongue in its own right, it’s important to not forget that along with remembering sign language’s importance in the world, the deaf community is also under-represented and vital to care for too. With everything I said, when I found out that there was a Sign Language Club at UMAHS I instantaneously felt elated! Despite being disappointed that there was no opportunity to learn ASL in an official classroom setting, representation through a club is a great first step. Not only does it invite students into the lovely world of sign language, but it also encourages them to recognize the deaf and hard-of-hearing communities. For those who don’t know, there’s a difference between being deaf, and being hard of hearing. When someone is described as deaf it’s because they have barely or no functionality to hear. On the flip side, when someone is said to be ‘hard of hearing’, it’s because they have enough hearing capability that an auditory device like a hearing aid, can be used to help them understand what’s being said around them, and to them.

Wednesday, November 9th, was the first-ever Sign Language Club Meeting. Upon going to the meeting I was enthusiastic, and I left even more excited to be a part of the club. Something about learning about a new language and a new culture is exhilarating, inspiring even. Prior to attending the club meeting, I hadn’t realized how inconvenient the world is for people who rely on sign language to communicate on a daily basis. Thanks to that realization of mine, my ambition to absorb the language and the deaf culture as much as I can, grew. Why should we have them adapt to our world when we can do one selfless act and do something that’ll help them out? This not only applies to the deaf community,  but also to any other group of people, or even a singular person that may be different. Differences shouldn’t be shunned or punished. Instead, we all should make an effort to understand and embrace them.

Right from the start of the interest meeting, I took notice of the fact that although Mrs. Fusco and Mrs. Dreyfus spearheaded the meeting, juniors Despina Kourtidis and Ava Crofoot had caused this club to exist at UMAHS in the first place. Due to their huge helping hand in bringing this opportunity to the high school, I chose to interview them. The following is our enlightening conversation:

Q1: Firstly, what inspired you guys to start a sign language club?

Their collective answer: Despina was looking for a sign language class because she read a book called Archer’s Voice by Mia Sheridan and was inspired by the story so she had talked to Ava stating that she wished she could learn and Ava had agreed, saying that she would also love to, and so from there Ava looked through all of the elective options last year only to discover that there was no sign language course offered in school, there’s only an online option. From there the idea to start a sign language club was born, and that’s exactly what they did!

Q2: Why do you believe that it’s important to embrace the deaf community and overall, just start that conversation?

Ava: I feel like they’re not well represented at this school that much, except for the teachers who are the aids for them (the deaf and the hard of hearing students), because if you just ask a student “do you feel like they’re represented?” they would probably say ‘no’ because there’s not that much representation at this school. I think that it’s really important to recognize them and talk about how amazing it is that they use sign language daily, and how they manage to get through the day like anyone else.

Despina: I feel like in general, the population of the deaf community is so high yet we still don’t have a good representation of their stories- at least for me I didn’t know a lot about it until I read the book (Archer’s Voice) and I was thinking “wow, there’s a lot that I don’t know.” Considering the number of people who use sign language every day to communicate there aren’t enough people who know sign language, which if they did, that could really benefit the deaf community.

Q3: Do you think that sign language isn’t taken as seriously as other languages like Spanish, German, and French?

Ava: At some places, it definitely isn’t taken seriously. An example of that is how at school there isn’t a class dedicated to it when there’s usually always the opportunity to take Spanish or French at school.

Despina: I agree. Since the population of people who use sign language is so high, we should also be able to learn it like the other languages as well.

Ava: We should all definitely educate ourselves because for example, in a job setting it would be useful to both the customer who needs someone to know sign language to be taken care of properly, and for the worker to be able to do their job if the employee had some knowledge.

Despina: There are just so many more benefits to learning signs than there are not. Personally, after being able to help the deaf community, I was also thinking about how if I wasn’t able to have a spoken voice like them, it would be nice to know that other people could understand what message I was trying to convey at any given moment.

Ava’s add-on: Exactly! Plus, some people have absolute deafness, so they’re unable to not sign every day. I’m sure that they’d appreciate the comfort of knowing at least one person around them can communicate with them. ]

Q5: Do you believe that there’s more that Upper Merion can do to represent the deaf community or sign language in general?

Ava: There is more that we can do to contribute to the sign language and deaf community, like raising the funds to buy someone in need of a hearing aid or having more people that are there to interpret for them. I also think that firstly, we should just get a class revolving around sign language that you can take in school because that would be a huge help, and that would kick start the conversation.

Despina: And making sure that people know more about the class so that they can learn more for themselves because it just helps with overall communication with them! Also, a part of the club is to spread awareness so going along with your question, we plan on setting up a fundraiser where all of the proceeds will go towards a deaf school that’ll help them out with education.

And now, a shameless plug, brought to you by Despina Kourtidis and Ava Crofoot!

Ava and Despina: The next Sign Language Clubs will be on the first and third Wednesday of the month, (December.) Finally, please look out for any advertisements on the TVs!

There you have it, folks, wise words said by the heads of the Sign Language Club! Shoutout to them for being awesome throughout the interview, and most of all, for bringing this conversation to the table at UMAHS. If you’d like more information, here are the emails to everyone involved that can answer any questions regarding the club itself:

An important link that is separate from Sign Language Club:

“Walk4Hearing is the only nationwide event spotlighting hearing health and empowering people to live well with hearing loss. We’re in 20 cities raising funds to support people with hearing loss while providing a venue for participants to meet hearing care professionals, learn about hearing technologies and resources, and share experiences.” 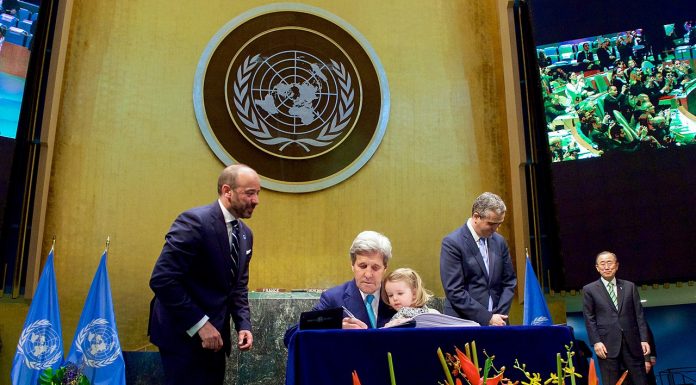